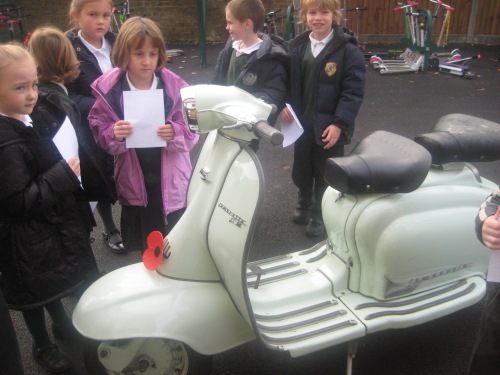 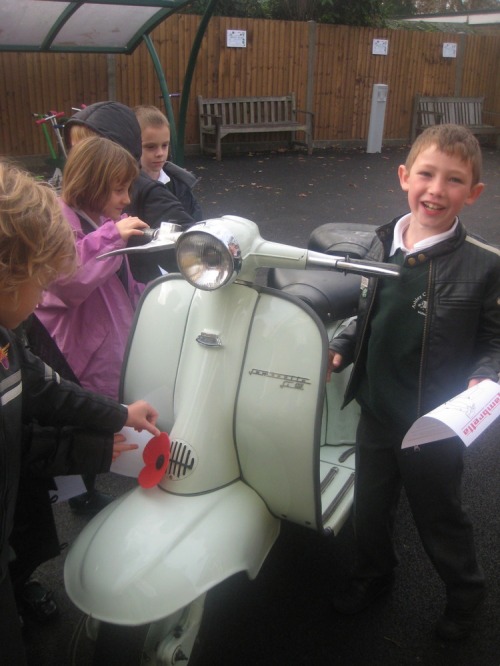 I think it is the Jesuits who say ““Give me the child, and I will mould the man.” With this in mind, and trying to keep the “Way of the Lambretta” alive for future generations… when my kids came home from school with the following note “We are doing a project on transport. If any parents or grandparents have any interesting vehicles and would like to bring them in, we would be very grateful” … well, I had to respond. So I turned up, on the day, with a couple of other dads (well, actually they were Grandads) to show off our vehicles. As well as my 1960 Series 2, there was a 1962 Singer Gazelle, and a proper Al Capone style Chevrolet from 1932.

Two classes of six year olds (split into  groups of ten), meant 60 kids clambering all over my scoot, but it was worth it to see the excitement in there faces. And I’m officially the coolest dad in the year (this week, anyway). I made a little bit of Lambretta propoganda / colouring page to ensure the next generation of Lambrettisti.