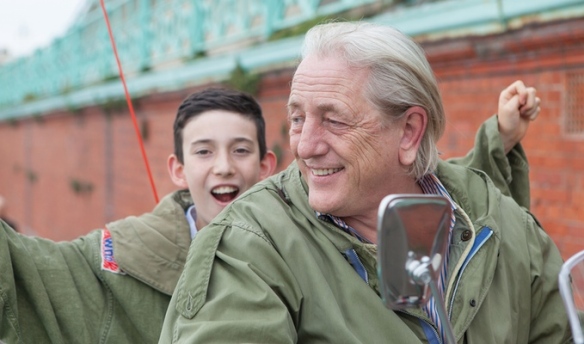 Quick update on the ‘Being’ short film project that I’ve been posting about. With a 129 backers, they are well over halfway to the Kickstarter goal of £20,000. There’s still nearly £8k to be found, but there’s 25 days to go, so it looks doable!

There are a bunch of great rewards on offer, ranging from £2 to £5,000. The one that may appeal to Lambrettisti is an opportunity to ride your scoot in the final scene of the film for £250 (Five people have already signed up for this). Check it out on Kickstarter, here, where you can find out more about the project, or check out the website: beingthefilm.co.uk

Update update… with just 11 days to go, there’s still  over £5k to be found, so if you’re thinking about  funding this project, go for it. Remember, if the target isn’t reached you don’t pay a bean, but the project doesn’t go ahead. And don’t worry, contorary to reports on ScooterLab, Steve Berry isn’t making an appearance (as far as I know!).