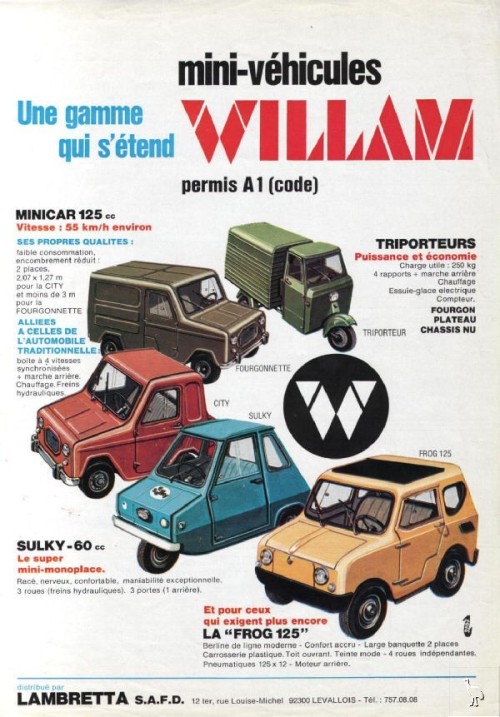 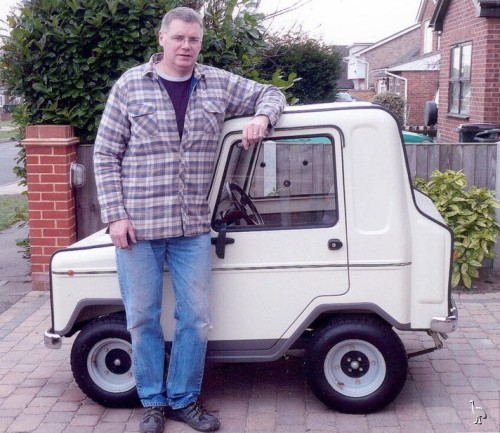 A quick bit of “research” has garnered more information on the Lambretta/Willam story. Basically M. Willam was president of Lambretta France, his connections allowing him to create a large microcar empire in France in the next two decades. Willam was basically a marketing label for a variety of foreign-made vehicles to be sold in France. As head of Lambretta S.A.F.D. in Levallois-Peret, M.H. Willam first presented Lambretta-engined prototypes at the Paris Salon in 1966, which were actually manufactured by Scattolini in Italy.In 1967, he formed an alliance with Lawil (which is surely a contraction of Lambretta and Willam) of Italy, which produced a range of microcars sold in France under the names Willam City and Wilam Farmer. It would appear their main selling point was you didn’t need a proper driving licence to drive one… only a Permis A1. If you’re better versed than me in obscure, obsolete French transport regulations, please feel free to put me right. 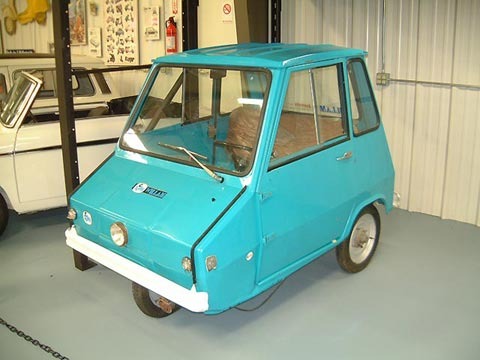 The “Sulky” which has to be a candidate for the oddest looking, oddest named car ever award, was ‘powered’ by a Casalini moped engine… 50 or (gasp) 60cc of pure power.

Although, in it’s defence… it has got a good turning circle 🙂

Find out more on the excellent Microcar museum website, and on the (also excellent) Cybermotorcycle. Next post will be back to scooters, I promise!