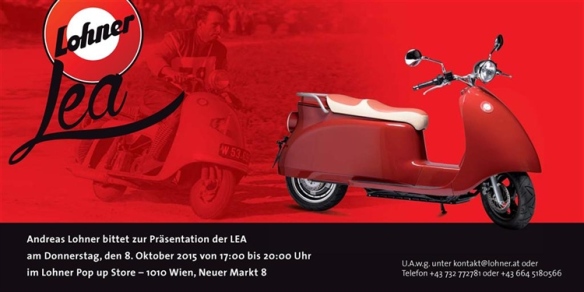 Anybody remember that post I did about the Lohner Lea, a while back? At the time it was just at a ‘concept’ stage… albeit an advanced one. Now they are apparently ready to start manufacturing. “The Lea is elegant and calm of its distinctive design, the driving behavior, safely and silently. …for the urban man who wants to enjoy cruising in city traffic properly.”

It’s an ‘interesting’ looking scooter, although design wise it does rather remind me of a ball of Edam. But I am rather cheese obsessed, so that might be just me.

If you want to see one for yourself, there is a “pop-up store” (does anybody else hate the term “pop-up as much as me? Pop-up should refer to books. Not shops. Or restaurants. Or whatever.) In Vienna, on Thursday 8th October, between 5pm and 8pm.

Enjoy riding your noisy, dirty, smelly 2stroke while you can ladies and gentlemen. It’s just a matter of time before classic scooters are consigned to “collections” and legislated out of existence… and we’ll all be sitting in our robot driven hydrogen fuel-celled Google cars… maybe. Or maybe the future is electric vehicles… we’ve already seen an Electric Lambretta… and a production scooter from a company with a heritage in classic scoots and electric vehicles is on the way. Albeit a heritage I had absolutely no idea about until yesterday.

First, a bit of history 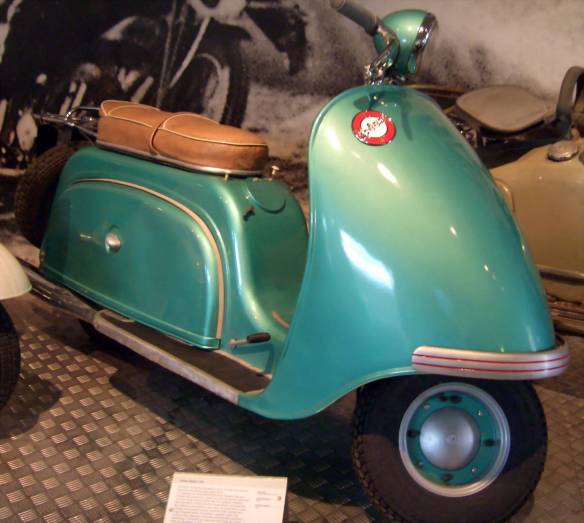 Lohner was an Austrian company. G’day! No. Read it again. Austrian. Around 1900 they were producing electric cars… designed by a certain Ferdinand Porsche. Ahead of the curve there! After a rocky history, and  diversifying into many other vehicles such as trams and aircraft… like many companies in the early fifties tried to get in on the booming scooter market. The most well known of these scooters was the Lohner 125 (pictured above). I say it was well known… but it’s a scooter that’s new to me. To my eyes… despite following the germanic “roller” style of having the large enclosed front end incorporating the legshields and mudguard… I’ve seen uglier scooters. After merging with Rotax, who made the engines, they left scooter production behind and became involved in the production of agricultural, military and commercial vehicles. Eventually they were bought by Bombardier.

Well, the Lohner name, and scooter is back. From what I can gather from the website, members of the original Lohner family are still very much involved. And in looking to the future they looked to their company heritage for inspiration.  What they have come up with is a “new class vehicle”… the Lohner Stroler… a radical looking  e-biike  – and probably of more interest to readers of this blog, the Lohner LEA. The Roller LEA is a twenty-first century reincarnation of the 1950’s original L125-Roller. 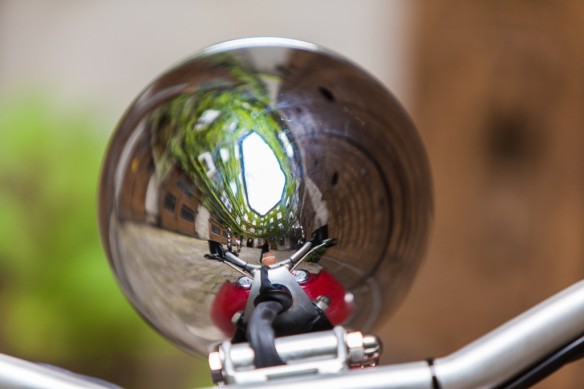 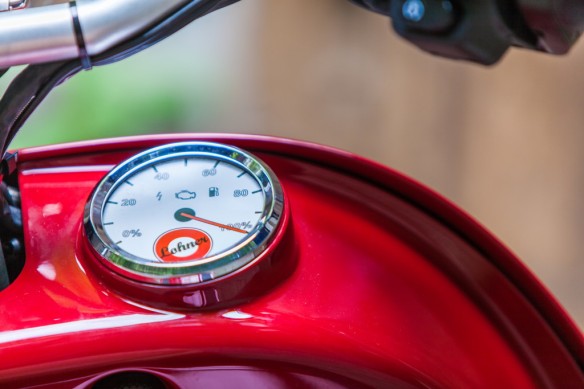 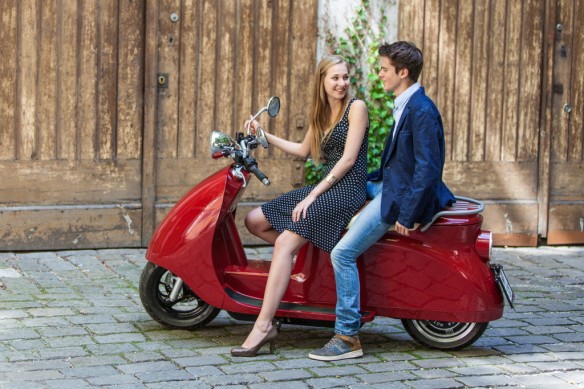 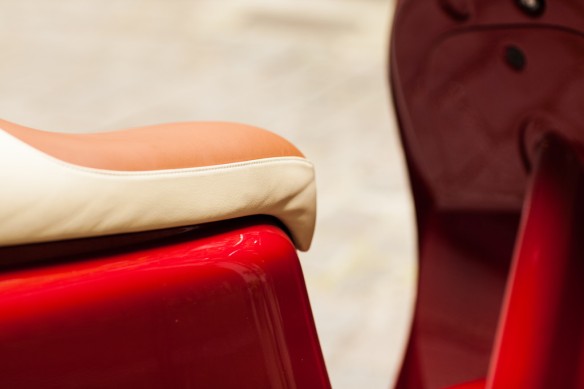 Pretty cool, huh? It’s got that retro thing going with a hint modern hot-rod aesthetic… while giving a big nod to their heritage. A tough trick to pull off, looking funky, modern and old school all at once.

The LEA will go into production in the spring, and is a available for pre-order right now.

Find out more, including full specifications on the website.