Skip to primary content
Skip to secondary content
We all know you can’t beat a classic Lambretta, but if you’ve got a yen for something a litlle different in the classic scooter stakes, how about this lovely Tula 200cc scoot from the former Soviet Union.
Very much in lin1950’s Teutonic style coachwork… a huge front mudguard reminiscent of a Hienkel, but the rear very similar to the Glas Gogo… this was a beast designed to cope with the worst that the Russian winters could throw at it.
On eBay now for a grand, classified price. 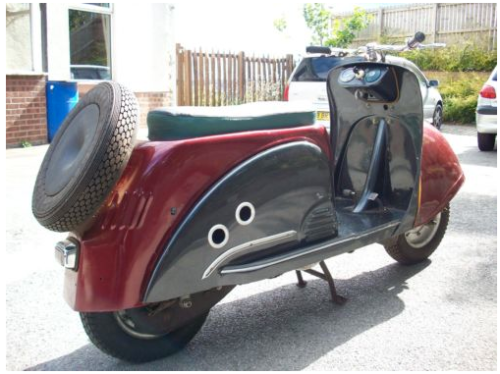 Like Loading...
Posted about this car a while back. Here’s a video.
See if you can find some more info on the Caterham website, I’m buggered if I can. 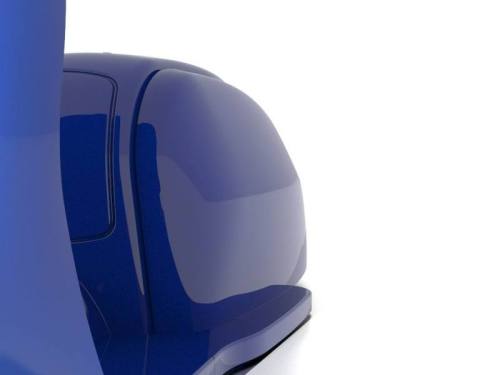 I posted a couple of weeks ago about the Scomadi Turismo Leggera, and Frank from Lambretta Innovations got in touch. There’s exciting developments afoot, and he’s shared these renderings of the new carbon fibre panel work with me that the actual material the next batch will be made from is a fibre matrix – the same struff that crash helmets are made from.  Light and super strong. As carbon fibre is not the ideal material to paint over, they are being produced in a range of traditional Lambretta colours ie yellow ochre, orange, light blue, and white.

They’ve also purchased 25 engines from Piaggio, so it looks like production is beginning to ramp up.
And if you own a Scomadi, please let me know what you think, send me some pics, and I’ll pop them up!
If you missed Lambretta Innovation IOW they are at the Mersea Island rally this weekend. 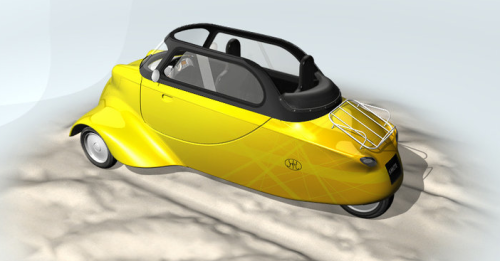 I posted about this little beauty on my other blog, here, ages ago. Then it all went a bit quiet. … nothing. No updates on the website, nada. Until I spotted a link to this video on Facebook. I seriously want one of these… it would ‘go’ so well with my Series 2…The colour even matches (in the video). I’ll keep you updated if I hear more!

The official Smite website (hasn’t been updated for a while)
And Smite on Facebook  (a better bet for more up-to-date stuff)
Bear with me… I’m struggling to embedd the video into this post. Until I do here’s a link to it: SMITE Video

Cut out and make your own Lambretta LD… found this over at the International Scooterist BBS one of there members  got it off of the Sydney City Scooter Club site.

Anyways, it makes a pretty cool model of a Lambretta LD. Well, the sharper eyed amongst you will have noticed the NSU branding, so technically, it’s a NSU Prima. But as the early Prima’s were officially licensed, ‘badge engineered’ (and somewhat improved in some opinions) Teutonic versions of the Lambretta LD we all know and love, I think it still counts as a Lammie.
The instructions are in German, but seriously, how hard can it be? Especially if you’ve ever taken a real one apart. If you do things by the book, there’s always Google translate!

Get into the right gear! Shame you can’t still get those deerstalker helmets!

The Lambretta LN, love it or hate it is probably the machine that Innocenti would be building today, if they were still in the scooter making business that is.
Just as Piaggio no longer make classic Vespas like the GS160, making more efficient, cleaner, quieter, more reliable (and in my opinion) less soulful machines – so too would Innocenti.
So if you want a “modern Lambretta’ grab an LN.
But they are not the only game in town.There’s the Scomadi Turismo Legarra.
The Scomadi has been built on a single principle: the Lambretta may have had many faults, but styling wasn’t one of them.
In fact many enthusiasts believe the Lambretta design reached it’s highest point just before it’s eventual demise – in the Bertone styled DL/GP.
The guys at Scomadi have taken this classic, much loved design and built a modern, reliable and fast scooter under the skin of the GP design. And we’ll come back to the skin later. Starting with a clean sheet of paper they have developed a competely new frame, suspension system and integrated a modern, powerful 250cc, 4 valve, liquid cooled engine. Hydraulic disc brakes front and rear allow you to bring the machine to a safe and controlled halt. And this isn’t just a scooterboys back garden project. Many years of testing, and refining through a number of test bikes and prototypes have led Lambretta Innovations (the people behind the Scomadi) to where they are now… a fast, modern, efficient reincarnation of the classic Lambretta GP.
Those lucky enough to ride the Scomadi say it’s the smoothest ride hey’ve ever had on a Lambretta. The trademark vibration that we Lambrettisti have got used to has simply been engineered out.
And did I mention fast? The Scomadi will cruise all day at 70 mph. If you really want to give it some welly, you’ll get up to 85 mph out of one. That’s performance that is equivalent to the benchmark for modern, automatic scooters, the Vespa GTS 250.
Refinement and performance under a classic GP skin. I said I was going to come back to the skin, as it’s not the metal panels of the GP we all know and love. I think I’ve saved the best for last here, the guys at Lambretta Innovations have developed a whole new panel set, in ultra light, ultra strong carbon fibre. The space age material they make formula one cars and supercars out of. No wonder it goes like a rocket.
So, back to my original point. The LN IS probably the scooter that Innocenti would be making for todays mass market. (Even if there are currently licensing issues regarding whether it is actually legally a Lambretta at all). But the Scomadi is something else. The speed and refinement of a modern powerful scooter (and then some!) coupled with classic Lambretta good looks. Like it’s Ferrari namesake, this is not a mass market scooter, and it’s premium pricing reflects that. But if you want the ultimate evolution of a true design classic, and one that has the soul of a Lambretta GP, and if you’re prepared to pay a little more get the best, this is the scooter you’re looking for.
Find out more at the Scomadi website

There’s some beautiful scooters over at the Peterson Automotive Museum in Los Angeles, where alongside the Americana, historic vehicles and supercars they are running a special Scooters Exhibit until May next year. Here’s a video of what you can expect to see if you go.

There’s a lot here that fits into my own person category of “oddball”, which basically means anything that isn’t a Lambretta or V*spa… please note that is not a derogatory term, I would love to own a Moto Rumi for example… I’m even starting to see the charm of those Cushmans and Salisburys these days!
If you’re in the LA locale, it’s worth a visit.
Video, and heads up from JohnnyScoots

It may not be kosher… (see the story below), but here’s the brochure!

Blimey… I’m a poet 😉 Due to the legal wranglings of the parent organisation, it might be a good idea to get yourself a Lambretta LN now, before they get withdrawn from sale. You might end up with a desirable collectors item. Or download this pdf brochure attached for a less expensive memento of what might have been, and what still might be.
From the Lambretta Originale website.
catalogo_lambretta.pdf

UPDATE: We’re NOT an Imitation, we’re legit say makers of the new Lambretta.

The manufacturers of the new Lambretta LN, Motom Electronics Group Spa, and Clag International Ltd., respond to the allegation that thier new scooter is an unlicensed, illegal “knock off”, saying that they’ve got all the right licenses in place, and a couple of court judgements to back them up. Full story here.

Further to my previous info, and hot from PR Newswire via Sys.con Media

International scooter icon Lambretta Consortium headquartered in Milan, Italy is initiating one of the largest trademark counter-infringement operations in recent history, by preventing the unlicensed LN125 and LS125 scooters entering the world market under the name Lambretta. In a joint international operation with its legal force, customs and police authorities, the consortium is taking international action to protect its brand rights.

The operation is directed against two former licensees; Ireland based Clag International and Italy based Motom Electronics Group Spa.

Finally, Lambretta is taking protective measures against the expanding network of importers and distributors in Europe, Asia, Oceania and America. Even trusted distributors and reputed magazines are involved, not being aware of the illegal character of the introduction of the new LN125 / LS125 scooter models. Cease and desist letters have been sent to all known distributors, to make them fully aware of the implications of their illegal activities.

Lambretta has issued official statements on its global websites (http://www.lambretta.com) to warn the public not to issue pre-payments to the local distributors. Moreover, a list is published on the website of all distributors that are involved in these fraudulent acts.

The consortium together with its lawyers and the authorities have uncovered worrying facts about the infringing activities. Shell companies and trusts like ‘DBM Lambretta International Srl’ and professional appearing websites likehttp://www.lambrettaoriginale.com, http://www.lambretta-italia.it andhttp://www.lambrettamotorcycles.com with changing owners, have been used in an attempt to hide activities and networks from Lambretta.

Lambretta emphasizes that the only legitimate organization to enter scooter licensing agreements on behalf of Lambretta Consortium is Lambretta Distribution ltd. based in Althorp, United Kingdom.