The following is thanks to my online pal Corey, of Ottawa, Ontario’s ScooterFix, who originally got material from the equally excellent British Lambretta Archive:

Regular readers of the Lambrettista blog will know I like an exotic Lambretta. The original Italian Innocenti’s are something special, obviously, and over recent years Indian machines have become first acceptable, then desirable in Lambretta circles. France still has a huge amount of French manufactured LC’s & LD’s on the road and the German NSU Lambretta’s have their aficionados. I’ve written about Brazilian Lambrettas before, and briefly on the Argentinian Siambretta when I posted about this amazing Model D twin. What I didn’t know a lot about, until I read Corey’s original post a while back was the Chinese connection. Well, Taiwan, but this little Island off of the People’s Republic of China still officially calls itself The Republic of China. Although, perhaps wisely considering the size and power of their neighbour, The ROC has not made the retaking of mainland China (which it still considers it’s sovereign territory), a political goal since 1992. 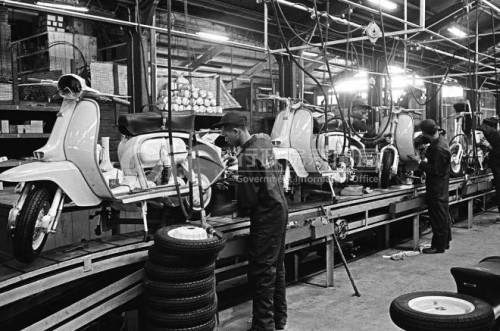 Anyway. Back to the Lambrettas. In 1962 a technical agreement had been signed between Innocenti and the Yue Long Motor Co Ltd, of Taipei. It is not known if Yue Long manufactured complete scooters or just put together component parts. It is known that the Series 3 TV 175 were made by Yue Long and these came with a chrome ring. As with the Italian models, these were available with both Li and Special style panels. The frame numbers are distinctive in that they start with the prefix YLL, a dash then 175TV3 another dash – and then an 8 digit frame number. In terms of paint schemes we have seen photos of the Li panelled TVs in white with contrast colours on the horn cast and side panels and the Special panelled TV’s in silver. 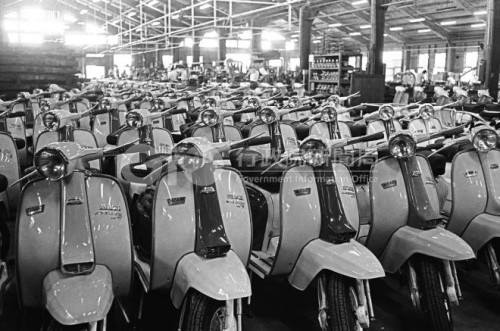 The Yue Long Lambretta factory produced scooters in a huge plant. Rows of scooters have been completed, waiting for shipping. 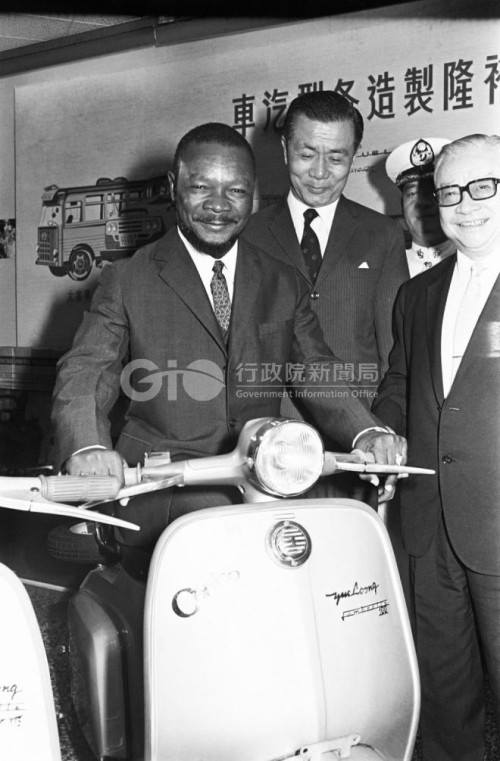 Various publicity shots show visiting foreign dignitary’s being shown around the factory,  Including The Central African Republic President Bo Kasa. History doesn’t record whether he took the Yue Long Lambretta Cento back to Africa with him! 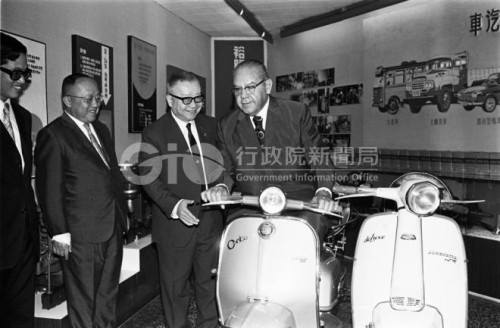 Taiwan’s postmen were some of the coolest around, riding a fleet of green liveried TV’s!

So, are you a resident of Taiwan? I know they blog has readers in the ROC (132 views from Taiwan before this post)! Are there still any Yue Long Lambrettas still around? If there are…or if your mum or dad had a Lambretta (maybe he was a postman!) get in touch and show me, and the Lambretta world, the pics!

UPDATE: I have found this Facebook Group for all Lambretta scooter enthusiasts in Taiwan and their friends, and for owners of Lambrettas that were manufactured in Taiwan. Some great pics on there!