I spotted this unique Lambretta Racer on The Bonhams auction site. Scooters have been raced since their earliest days, not the least in Italy – with an especially intense rivalry between Lambretta and Vespa of course!

This particular Lambretta has a unique heritage. Built by Giancarlo Morbidelli (the name behind some of the greatest bikes in smaller-capacity GP racing, who died in February this year in his hometown of Pesaro, Italy). It was put together specifically to compete in the 1994 historical rerunning of the famous Milan-Taranto long-distance road race. Starting life as a Series 1 LI 125, The modifications aren’t listed on the Bonhams site, but they are obviously pretty extensive, just from a quick look at the pictures! If you want a pretty standard machine ‘dressed up’ as a racer, this aint it!

One of four machines entered by the Binova-Cucine team, it was ridden by Giampiero Findanno. He led the race into the final day only to be delayed by an engine seizure; even so, he managed to finish 1st in class and 2nd overall. The Morbidelli-prepared Lambretta was the most talked-about machine in the field, much admired for its technical innovation.

It’s being auctioned with an estimate of £5,000–£10,000 – still carrying its Milan-Taranto competitor’s plates and with a selection of contemporary press cuttings and photographs.

The auction is on 16th August, just a couple of days from when this post is first published.

Here’s a link to the Bonhams page.

UPDATE
Scooterlab have written a good follow-up piece on the auction, here. The scooter sold for £7,475 which seems a pretty fair price to me. 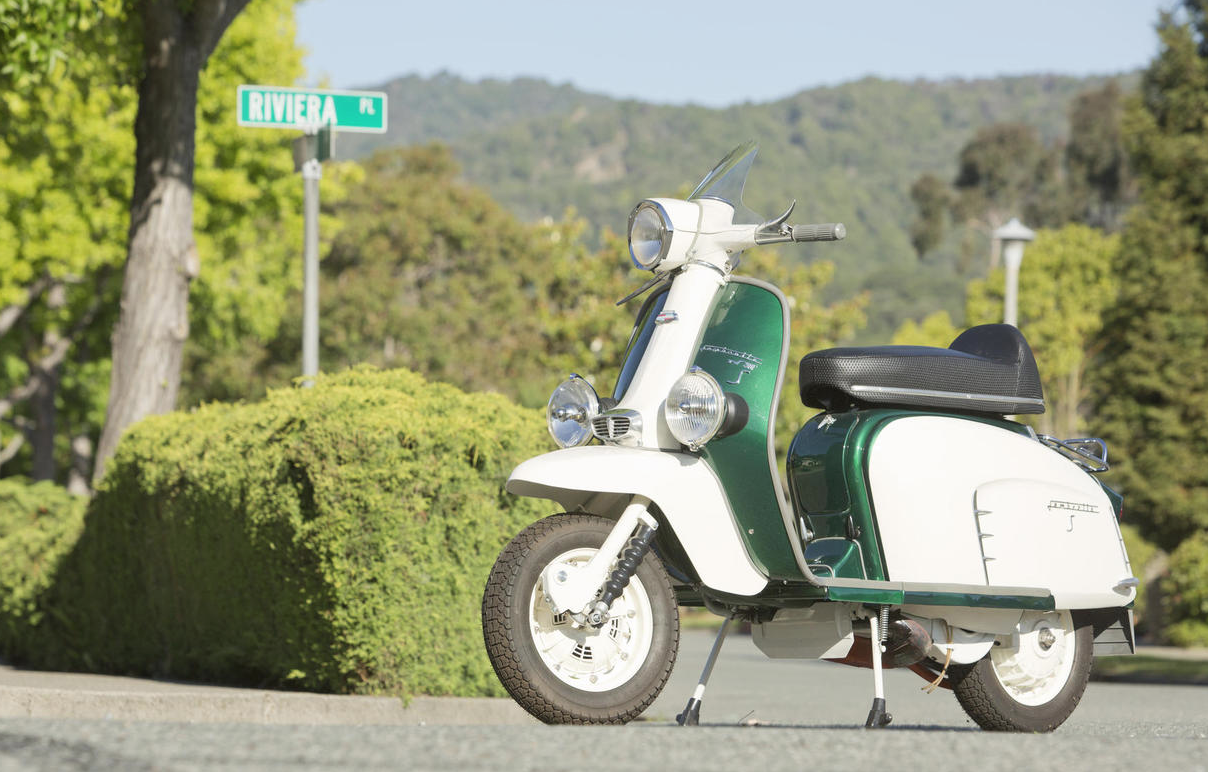 Derek, from Bonhams in San Francisco, kindly sent me a heads up of this lovely TV225 up for auction in their forthcoming Quail Lodge Auction. 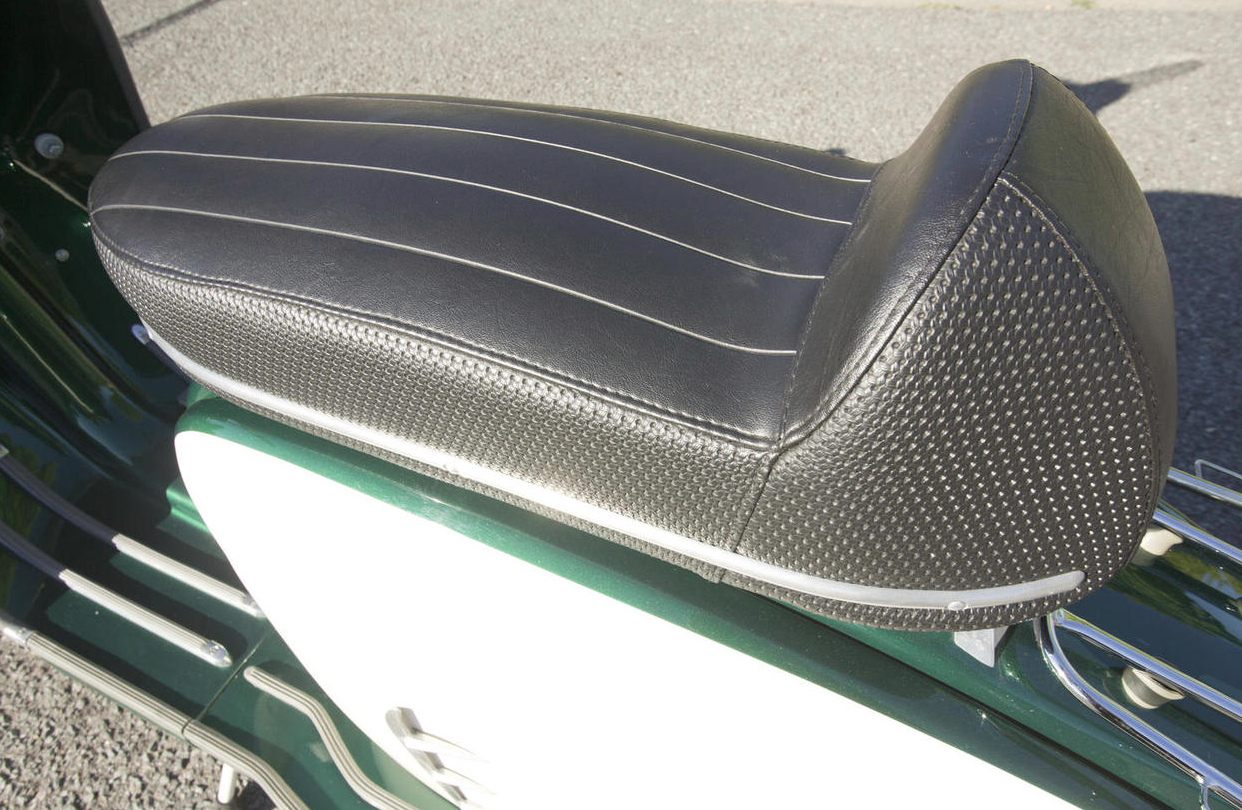 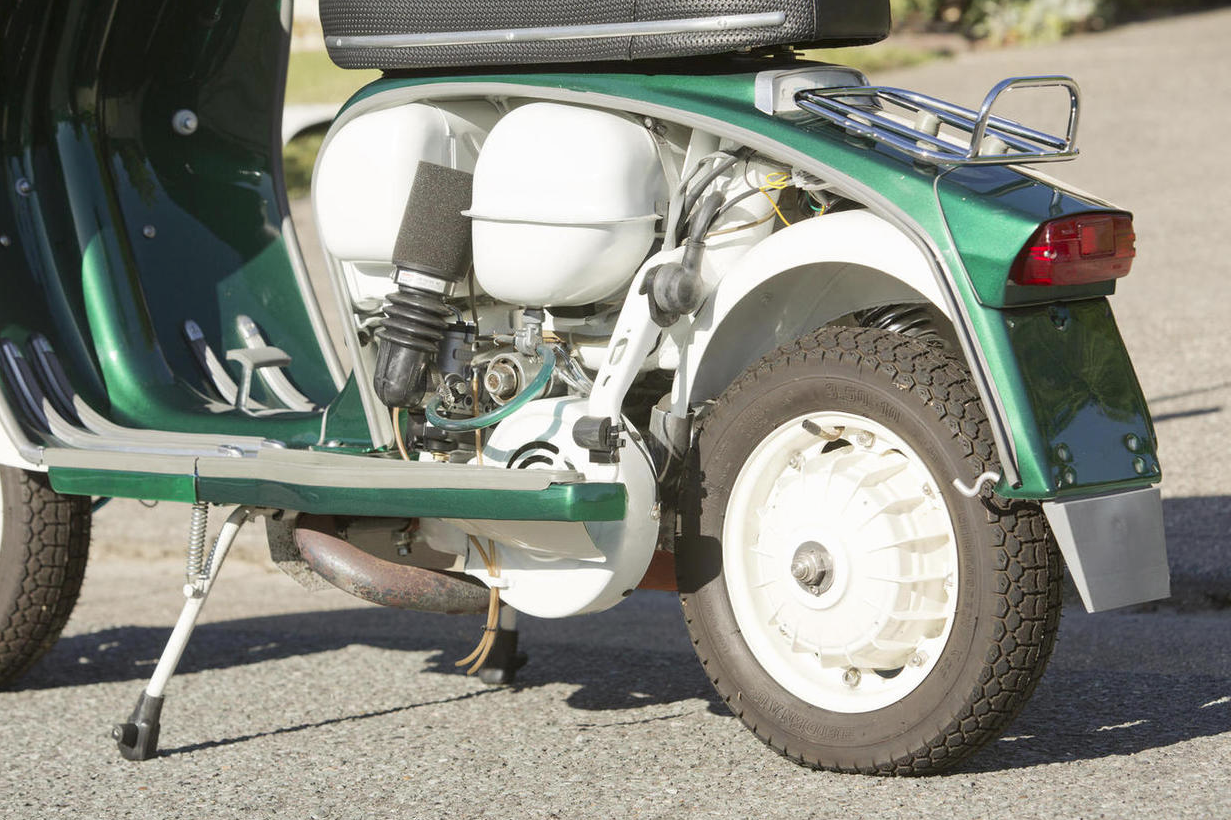 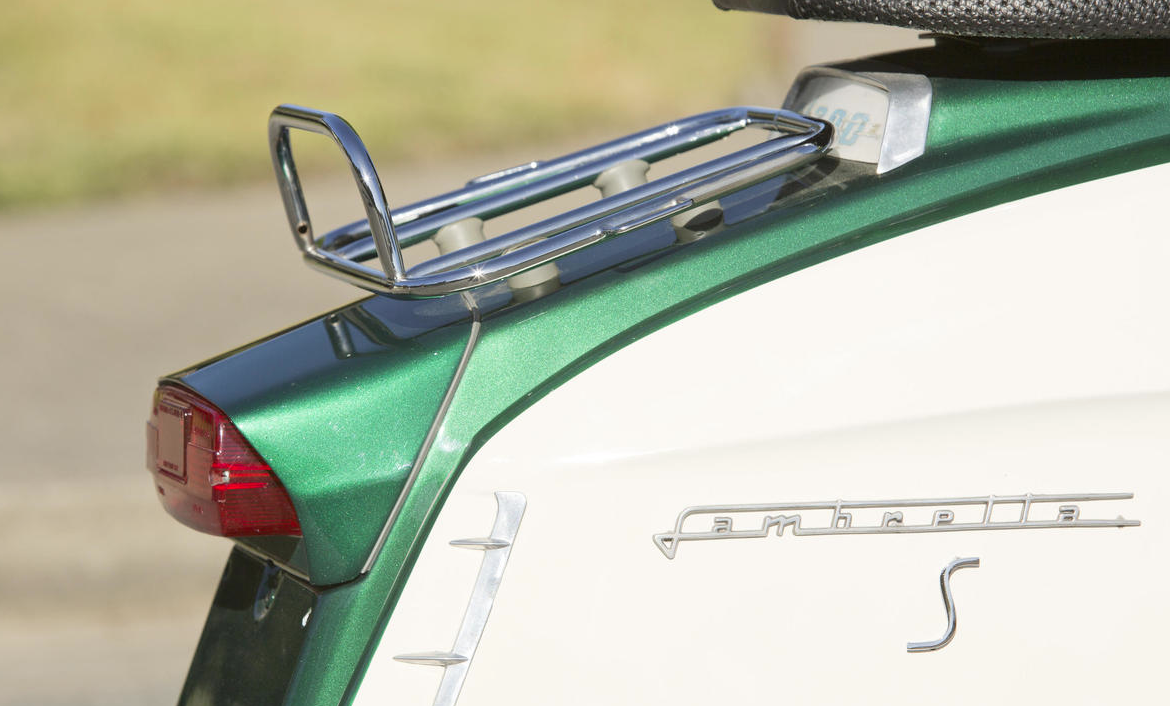 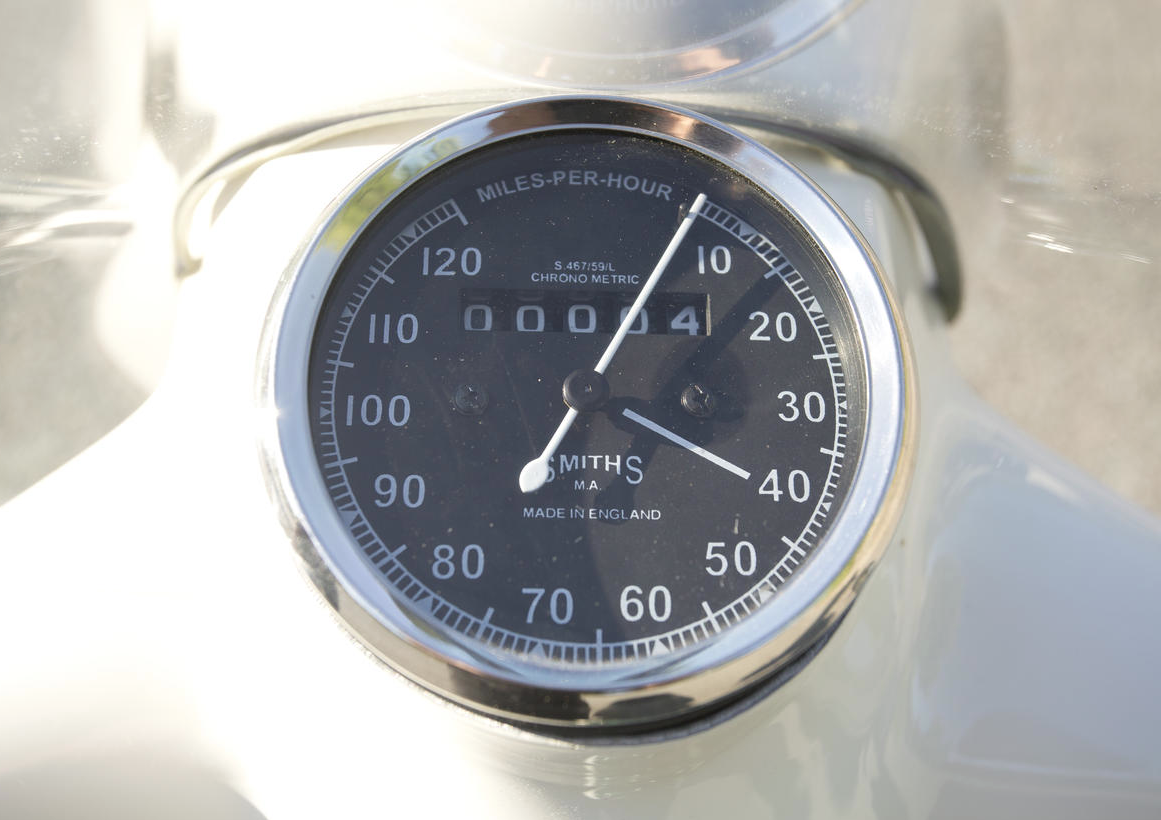 The Bonhams Quail Lodge 2014 Auction will be held August 14th and August 15th on the grounds of the Quail Lodge in Carmel Valley, California. Held in connection with the Quail Motorsport Gathering, the 17th annual Bonhams sale held during Monterey Classic Car Week will feature nearly 120 vehicles. The S Type is lot 197. More details here.