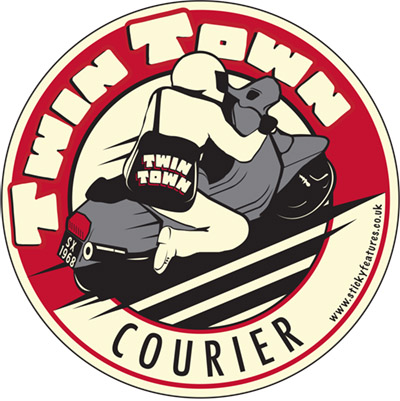 Ok, so I promised you a post on the Rimini Lambretta Centre’s 25th Anniversary Open Day… and it’s coming. But there’s a scooter adventure that’s going on as I type that you should probably know about… Sticky’s on another of his “European Tours”. On a 1968 Lambretta. Partly because he loves Lambrettas, but also because doing this on a motorcycle would be too easy.  As  he says “The discomfort and unreliability of a vintage scooter adds an element of uncertainty and adventure to the trip. Nothing worthwhile is ever easy.”

Heading out from his home town of Nuneaton on the 1st of the month… after being seen off by the Mayor… he’s heading round Europe (Spain, France, Italy, Slovenia, Croatia, Montenegro, Serbia, Bulgaria, Romania, Moldova, Ukraine, Slovakia, Poland, The Czech Republic, Germany and the Netherlands… phew, I’m exhausted typing that lot, never mind riding it!) 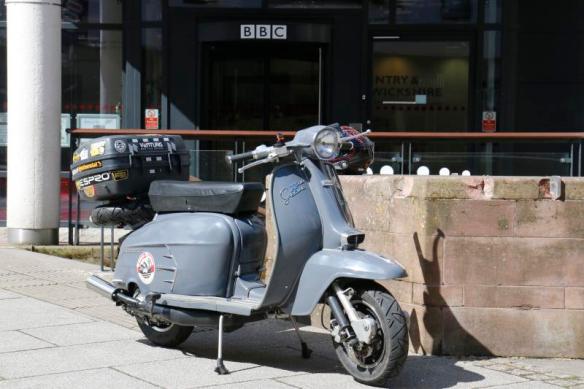 And there’s a big idea behind the trip – Twinning – and to quote the man himself “The idea is to explore the concept of town twinning, and to link the towns involved by acting as a courier delivering photographs from local newspapers and councils to their twins and sisters in other countries.” His long term goal is to write another book about his experiences (If you haven’t read Frankenstein Scooters to Dracula’s Castle you’ve missed a treat).

As I type, he’s in the Pyrenees, heading towards Roanne in France, before heading off to Italy. He’s spending at least one day and one night in each town he visits.  Check out his route below, and if you can give him any support  in your country (I know I have readers in all of them!), please do! You might even end up featuring in his next book! Check out the full story on his website StickyFeatures.co.uk and follow him on Twitter @StickyFeatures or on his blog for the latest news.

I’ll keep you informed of anything I hear of his adventures, and show you his route back when he completes the first part of his journey.

Good luck fella… ride safe, and I hope your trip doesn’t have too much discomfort and unreliability!