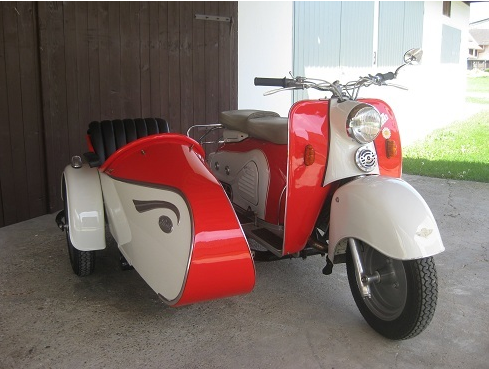 We’ve all been there, garageful of scooters (I wish!) and a nagging missus… when you going to get rid of those bloody things… you never ride all of them… Well one guy (it’s got to be a bloke really) is selling his collection of Scoots and Microcars on eBay. 47 of them. That rather puts the Lambretta collection I posted previously fade into insignificance. 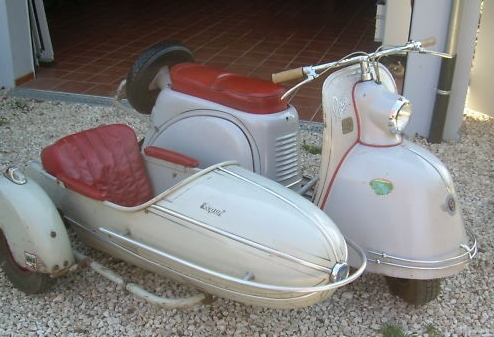 There’s a huge collection of what I, rather patriosingly, call “oddballs”… everything from Bernadet’s to Zundapps, and everything inbetween. Well, nearly everything… there are a couple of famous marques, notably Lambretta and V*spa, missing from this collection. I bet a) he doesn’t like V*spa’s, and b) he’s keeping his Lambrettas :). (Although there is an NSU Lambretta in the mix) Many of the scoots are sidecar combinations and/or trailers. There are even a couple of microcars in the mix, a Goggomobile Coupé and a Goggo Limousine. I’m uncertain as to what a Goggo Limousine is (although I’m guessing limousine is probably overegging it somewhat), but a Goggo Coupé is one of the prettiest microcars made, in my ever so humble.

So if you fancy a Czeta 502, a IWL Berlin, a Maicoletta or MV Augusta… or one of the 43 other scoots, stick your bids in here. There’s a fairly decent British contingent in there; a brace of Triumphs, a Velocette and Osa. You’ll need fairly deep pockets though, as it’s currently sitting at € 46,000 Update:  it’s up to € 52,000 and I don’t think that’s STILL anywhere near the reserve. And no, he doesn’t want to split them.

I reckon this lot will be snapped up by a transport museum somewhere… probably in the states.

Full details are worth checking out, even if you’re not going to put a bid in!

I may just buy an extra lottery ticket this weekend. You never know. 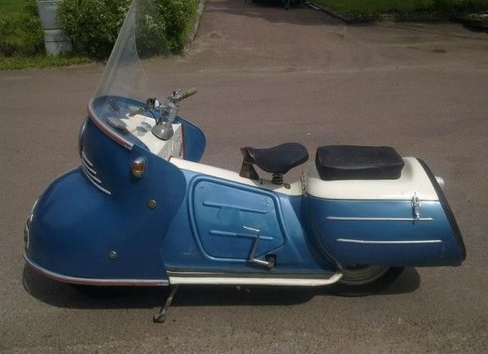