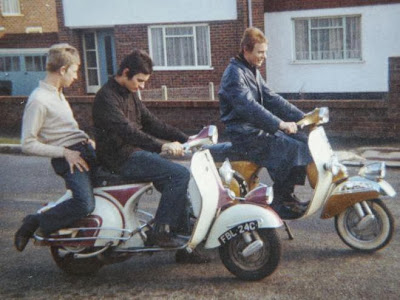 This is a first. I generally don’t post pictures of Vespas. I’ve got nothing against them, other than a general low-level bitterness that out of the two GREAT Italian scooter marques, Piaggio’s Vespa survived and the clearly superior Lambretta didn’t. And I’m not a “scootist”. Some of my best friends ride Vespas. In fact, Vespas are (probably) my second favourite scooter marque. But they are all over the web, and there’s some great sites covering both (try Scooternova) or that cater to the poor deluded souls who actually prefer Italy’s second best scooter  (my personal favourite, being this one; Vespamore). And, much as I may have huge gaps in my Lambretta knowledge (I literally learn something new nearly every day), I am a complete ignoramus when it comes to the Vespa. I’ve never owned one*, and I’ve never even ridden one. So I can’t really write abut them.

Anyway, this long, unfocused and rambling diatribe is needs to get back on track. Here we go. I generally don’t post pictures of Vespas. But occasionally, I come across a picture so good it’s hard to resist the urge to post it. Above is one such shot.

So… here’s the deal. Should I post the occasional pics of a Vespa, or are they truly off limits on a Lambretta site. This is your chance to vote, below.

*I nearly bought a GS160 before I saw my current Lambretta – this would have been a very different blog!

I’ve written about Scomadi’s before, (check out the previous post, here) the “modern classic” scooter based upon the classic GP styling beloved of so many. A true classic Lambretta profile, albeit with 21st century technology, reliability and functionality. A complete win/win surely. Intially, the Scomadi scooter was a rare beast, available hand built  only to the lucky few with pockets deep enough. An initial ‘limited edition’ production run of ten 250cc machines proved that the concept worked, with reports of a smooth, fast, reliable and very rideable scooter.  Demand was such that Lambretta Innovations, the team behind the Scomadi marque (consisting of an alliance between Scooter Innovations and PM Tuning), put together another 30 machines. Lightweight but super strong carbon fibre panels coupled with the proven Piaggio power unit made the “Turismo Leggera” a modern scooter as good as anything else on sale today, and ten times better looking.

Now Scomadi are ramping up production with 50 and 125cc variants… launched at EICMA 2013 in Milan, and hitting the sweet spot for many first time scooter buyers. For the more demanding rider there is the flagship 300cc, 22HP TL300. Pricing is yet to be confirmed, but I doubt that they will be cheap!

To find out more, including specs, check out the Scomadi website, here: www.scomadi.co.uk or their Facebook page (which generally has the most up to date stuff) here.

Found via the excellent SooterNova blog.

From day one Innocenti were eager to to prove to the world that their engine was, for it’s capacity, the fastest and most economical in the world. 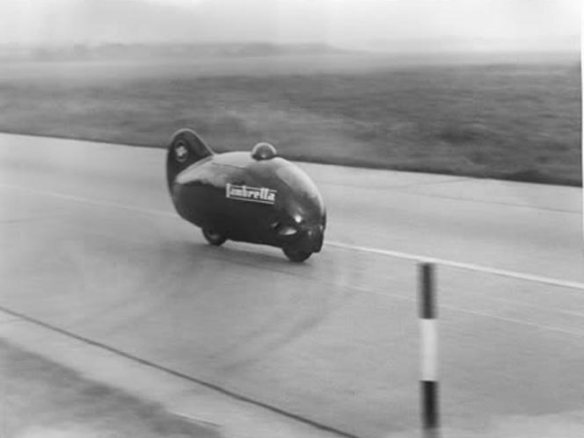 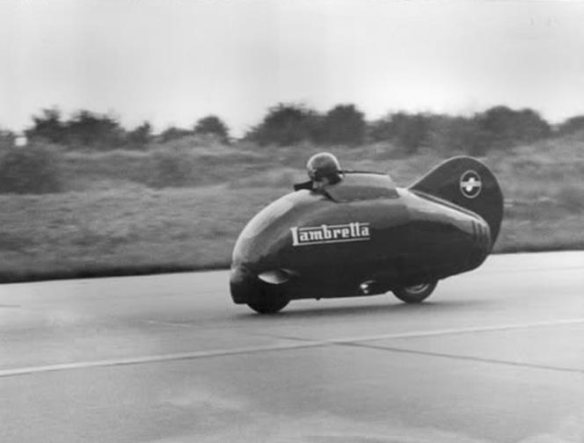 They participated, and won, many speed and endurance competitions, entering one off specials and works racers… with many of the lessons learned from the track making their way into later production scooters.

One of their great rival, in the scooter world, was of course was Piaggio… who were also keen to prove the prowess of their Vespas on the track. Both manufacturers saw the promotional opportunities in promoting their victories. Not only did it help establish the respective marques as viable purchase options, but it countered the entrenched wisdom of the time that these small wheeled, open framed machines could compete with motorcycles. It wouldn’t be too much of stretch to say these competitions helped establish the whole scooter category, that went on to dominate two wheeled vehicles in the 50’s and early 60’s.

After many close fought encounters Lambretta went on to dominate the category… breaking records over long and medium distances. But there was one goal yet to achieve… breaking the 200km/h barrier over the ‘flying kilometre’. This was achieved on the 8th August 1951, in the amazing, full enclosed vehicle shown below, with Romolo Ferri as the ‘pilot’.

With Lambretta now holding all the 125cc class records Piaggio decided there was no point in opposing them anymore, and the battle was over, with Lambretta the acknowledged champions.

And Racing History on the LCGB site.