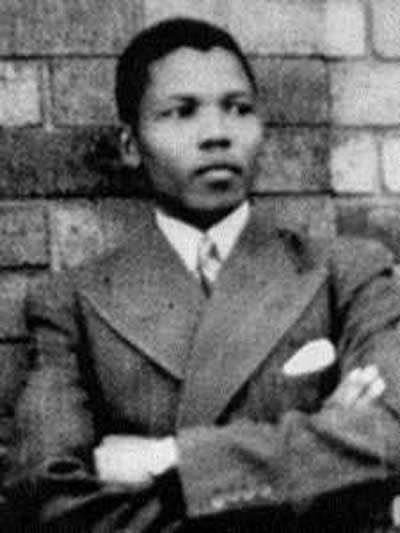 I’d never heard of Nelson Mandela, until I heard this song (video below). I don’t think most of my peer group had either. At the time words like ‘terrorist’ were being used about him, although initially he was a follower of the non-violent school of protest, he became a the militant. But who wouldn’t be, against a regime as oppressive as that of the South African one. Anyway, because of Jerry Dammers, and the Special AKA, I read deeper than the stories in the Daily Express, and found another side to the story. On a side note, whenever I walked past South Africa House, in Trafalgar Square, back in the day… (as I did last night too), I was never asked by the demonstrators to sign their petition… I assume because of my close cropped hair, Flight jacket, and polished cherry red DMs. But stop and sign I always did, despite their prejudices.

Anyway. Enough of that. This is about Mr Mandela… and how he helped transform South Africa from a racist, aparteid regime into a rainbow nation. Without the “bloodbath” that was not only predicted, but seemed to be a forgone conclusion. Are things perfect in South Africa? Probably not. But they are certainly better that what the majority of the world thought was going to happen. How much of this was down to Jerry Dammers and the Specials? I suspect more that we think. After this song everybody knew the name Nelson Mandela in the UK, and the UK played a huge role in leading world opinion. The song went on to be known and sung around the world. Can ‘pop music’ change the world? Not very often. But sometimes, sometimes it can. RIP Mr Mandela, thank you Mr Dammers.

If you’ve just found the Lambrettista blog, this is a far from typical post. Normal service will be resumed ASAP 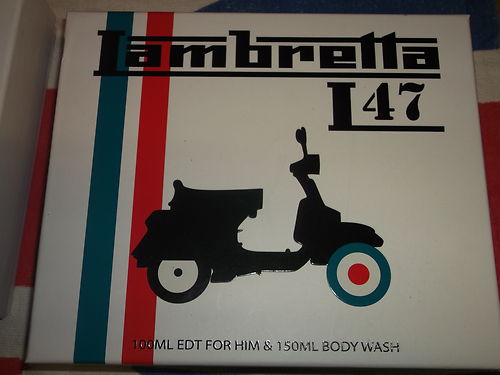 I’ve vented about this before; here. But this is worse. It’s a freakin’ V•spa for chrissakes…

There’s a lot of thing that are better riding a scooter second time around. Mobile phones. Not having the local greaser waiting at the top of my road to kick me off. Breakdown/recovery service as part of your insurance. General goodwill from most of the population, including bikers. But, there is one thing that is definitely WORSE. The state of the roads.

I honestly can’t remember our roads ever being in as bad a state as they are now. Potholes are bad enough if you’re a car driver… but if you’ve knackered your suspension, had a puncture, or damaged a wheel, maybe you’ve got off lightly. For Motorcyclists, scooterists and cyclists potholes can be nothing short of deadly. I had one little spill this winter on a corner… spotting a pothole half way round I changed my line, lost grip and hit the tarmac, being narrowly missed by an HGV. Not much damage, and just bruising so pretty lucky really, but it could have easily been so much worse.

Local authorities put the state of the roads down to tight budgets and a harsh winter. But c’mon… it’s MAY now. And it must be cheaper to get the roads fixed than to pay out compo to damaged cars, and dead scooterists. And they have a DUTY to maintain the roads.

I got sent this link: Fill that hole the other day, and while it’s run by the ctc, the national cyclists charity, it works for scooterists too. If you’ve got a bad pothole near you, REPORT it (you can easily do it on the site), it will be logged on the site, and check the status… whether it has been fixed or not. It all helps pile the pressure on the councils.

So if you’ve got a pothole on your ride, REPORT it. You can even download an iPhone, Android or Blackberry App to your phone, and do it on the go. In the meantime, ride safe.

Like Loading...
The kindest way to describe the Lambretta LN’s reception in the UK is to say it has been mixed. A lot of people, mainly those of us with ‘proper’ Lambretta scooters simply don’t like it.
Well, here’s the good news… at least it’s not a Pato… the “Lambretta” they have had to put up with in the states for the last couple of years.

Six days after the earthquake and Tsunami hit Japan, construction crews started to repair this stretch of the Great Kanto Highway, in Naka, Japan.
Six days after they started, the road looked like new. MONTHS after a bit of ice and snow in the UK, I’m still coming round corners and hitting bloody big potholes.
And when you’re on two wheels, it’s more than a minor inconvenience or a suspension repair. It’s ‘kin SCARY. I know there’s a credit crunch, but if we’re going to get the country moving again we need decent roads!
Original story found on Dvice.